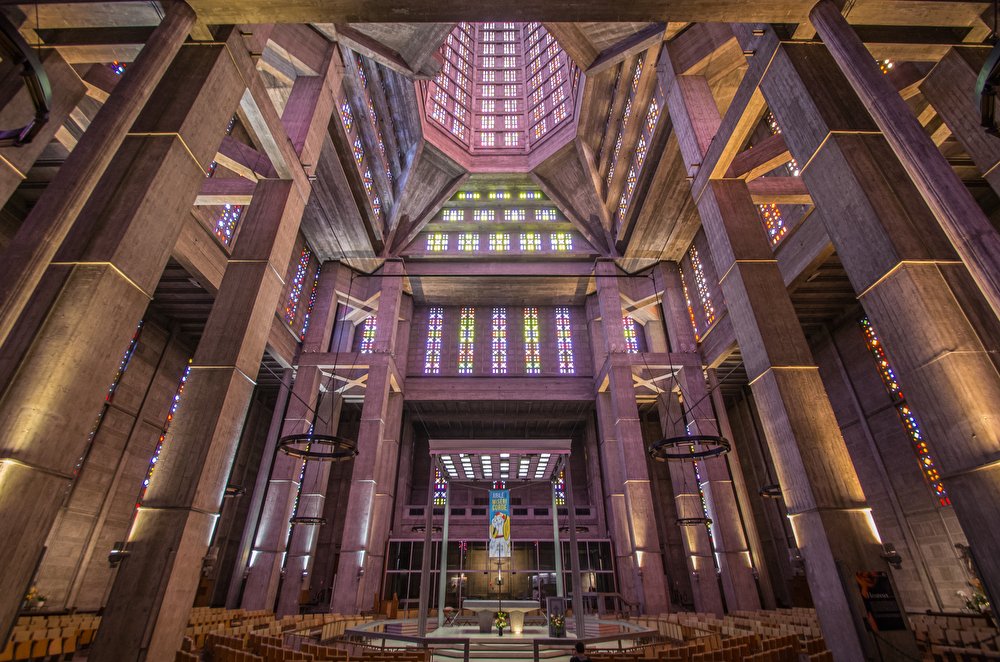 Le Havre is an urban French commune and city in the Seine-Maritime department in the Normandy region of northwestern France. It is situated on the right bank of the estuary of the river Seine on the Channel southwest of the Pays de Caux.

In the Second World War, German forces occupied Le Havre from the spring of 1940 causing an exodus of its population. Le Havre suffered 132 bombings by the Allies during the war. The Nazis also destroyed the port infrastructure and sank ships before leaving the city. The greatest destruction, however, occurred on 5 and 6 September 1944 when the British Royal Air Force bombed the city centre and the port to weaken the occupier under Operation Astonia – often described as the storm of iron and fire. 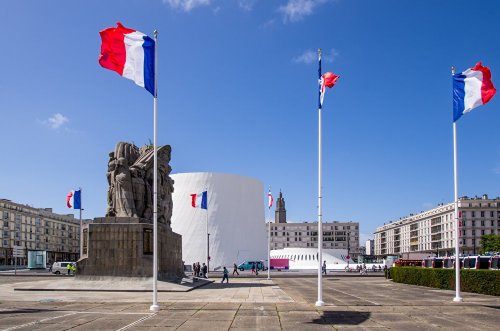 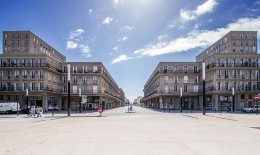 In spring 1945, Raoul Dautry of the Ministry of Reconstruction and Urban Development entrusted the project to rebuild the city of Le Havre to Auguste Perret. Perret wanted to make a clean sweep of the old structures and apply the theories of structural classicism. The material to be used for the building construction was concrete and the general plan was an orthogonal frame. Officially, the reconstruction was completed in the mid-1960s.

UNESCO declared the city centre of Le Havre a World Heritage Site on 15 July 2005 honouring the “innovative utilisation of concrete’s potential”. The 133-hectare space that represented, according to UNESCO, “an exceptional example of architecture and town planning of the post-war era,” is one of the rare contemporary World Heritage Sites in Europe.

One of the most important monument is St. Joseph’s Church

It is a Roman Catholic church, built between 1951 and 1957/58 as part of the reconstruction of the town of Le Havre, which was entirely destroyed by the British during World War II. It acts as a memorial to the five thousand civilians who died in the conflict.

The church was designed by the chief architect for the reconstruction of Le Havre, Auguste Perret, teacher and mentor to the Swiss architect Le Corbusier. The sombre interior is in the Neo-Gothic style. The tower is 107 metres tall and acts as a beacon visible from out at sea, especially at night when illuminated. 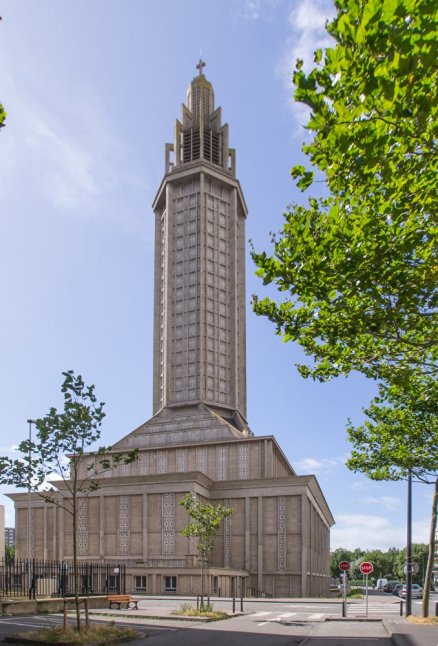 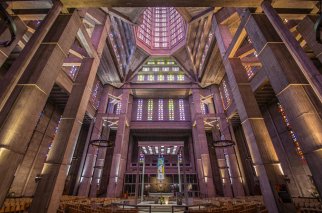 All my photographic images are copyright. All rights are reserved. Do not use, post links to blog or web, copy or edit any of my images without my permission.

Text and information on Wikipedia and on the www.lehavretourisme.com